San Francisco nightclub, Halcyon, opened its doors in November 2016 with the aim of bringing the world’s leading electronic talent to America’s west coast. The opening programme we were presented with featured top names such as Serge Devant, DJ Sneak, Doc Martin, Sharam, Yousef, Kenny Dope, Tiefschwarz and others. Sliding Doors was hired to carry out the venue’s international press launch; to establish its credentials and underline its core brand values, to manage on-going publicity for its cutting-edge music programme, highlight its connections to Ibiza, and position Halcyon at the forefront of the global clubbing scene.

Drawing on over 15 years’ experience, Sliding Doors identified the key territories the campaign should target. Using our global database, we identified relevant print, online and radio contacts in over 25 countries. We worked alongside our client to identify the key brand messages that would remain prominent in all media coverage. On a monthly basis, Sliding Doors issued press releases announcing the forthcoming Halcyon event programmes, and also mapped out campaigns around specific events or artists designed to generate a greater level of coverage in the most credible of media. We consistently delivered creative ideas and became the venue’s consultant for all media and brand-related activities. We also applied our skills in PR crisis management after President Trump’s widely publicised travel ban resulted in a headline booking being unable to travel to the US.

The coverage secured for Halcyon was widespread and extensive, both for the launch and on-going. We secured high profile, high impact coverage, including newspieces, previews, interviews, reviews, DJ guest mixes and features, in world-leading titles including: Mixmag (4 page feature), DJ Mag (full page feature), Resident Advisor, DJ Times (4 page feature), Magnetic Magazine, Pulse Radio, Dance Trippin, Thump, Dancing Astronaut, EDM Life, Noise Porn, Club World, Data Transmission, Big Shot, Ibiza Global Radio, Electronic Groove and many others. As part of our brand building, Halcyon went on to be featured as one of the Best Clubs Opened in the Past 12 Months by Mixmag, and in other key features such as Around The World in DJ Mag. We also facilitated a successful, collaborative, DJ Mag branded event at Halcyon. Halcyon’s Creative Director, JoJo Walker, was also featured as a key industry figure in Magnetic Magazine’s Industry Insider feature.

All initial aims and objective of the Halcyon launch were achieved and the Halcyon brand is now well positioned for further growth. 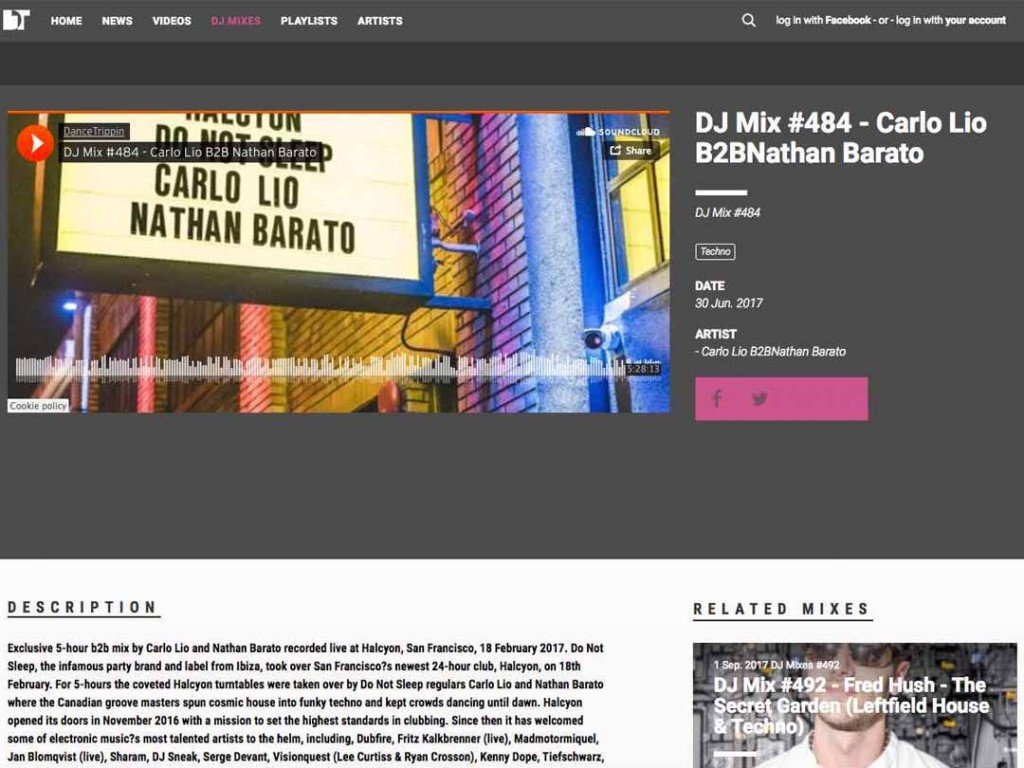 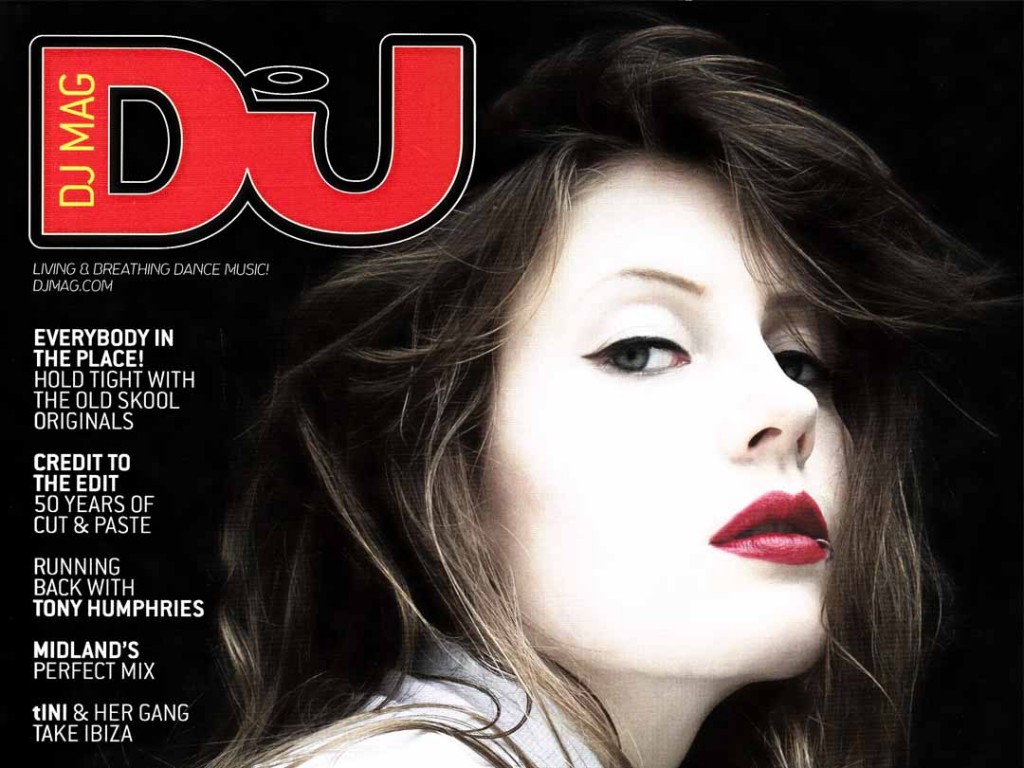 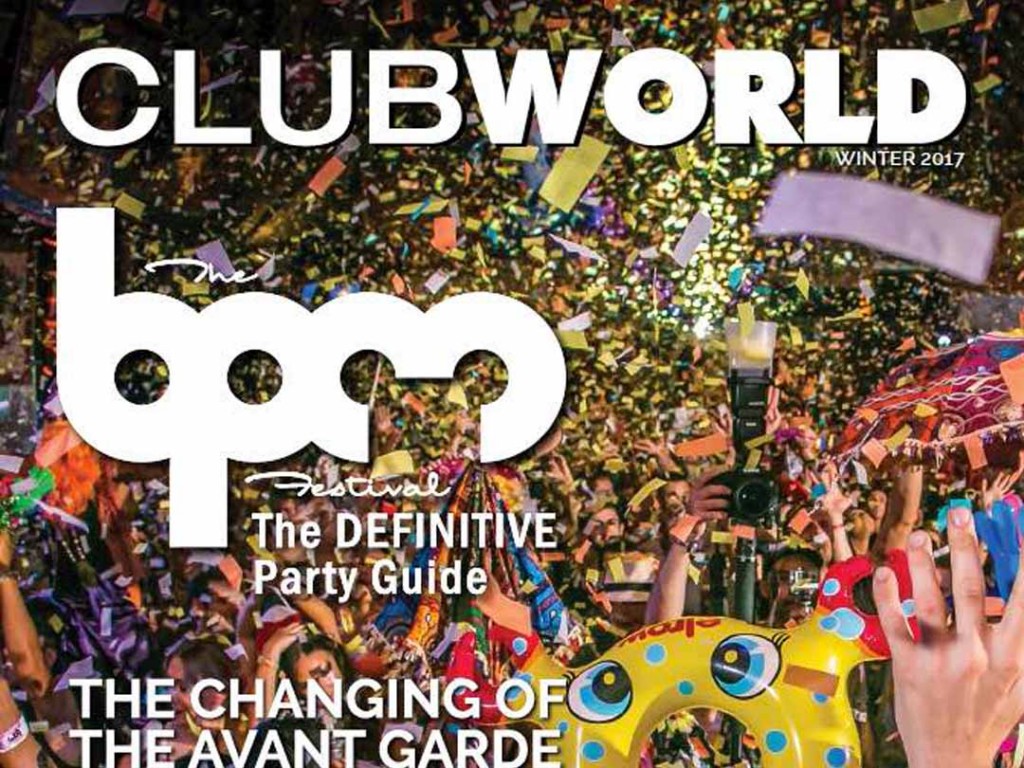 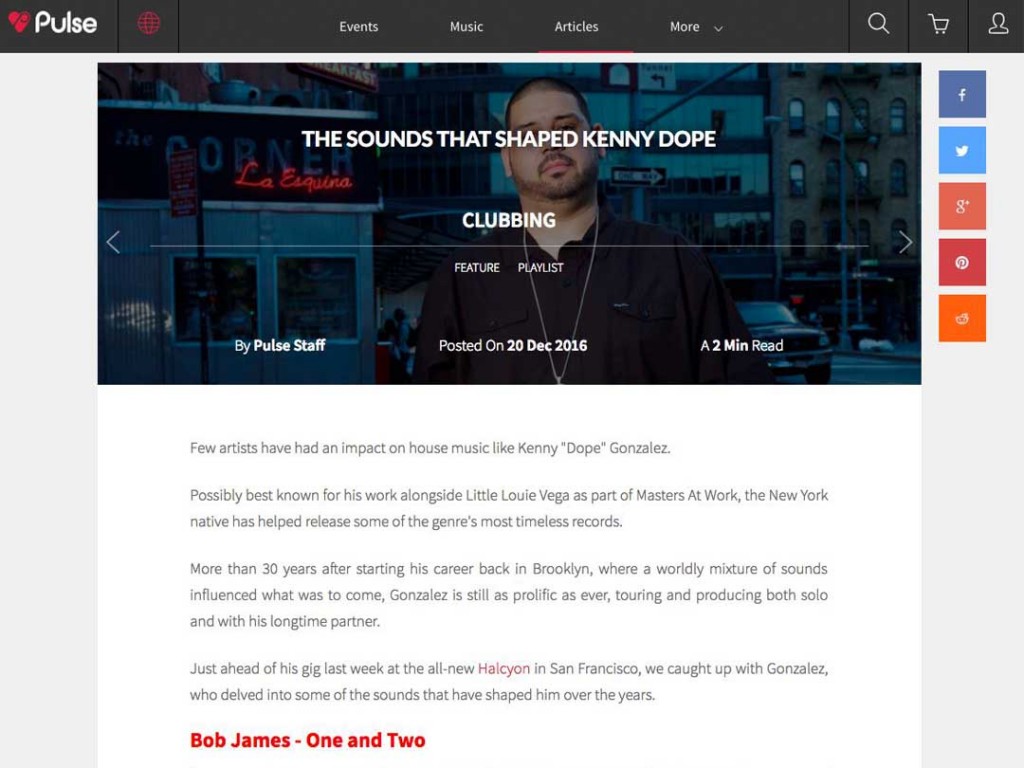 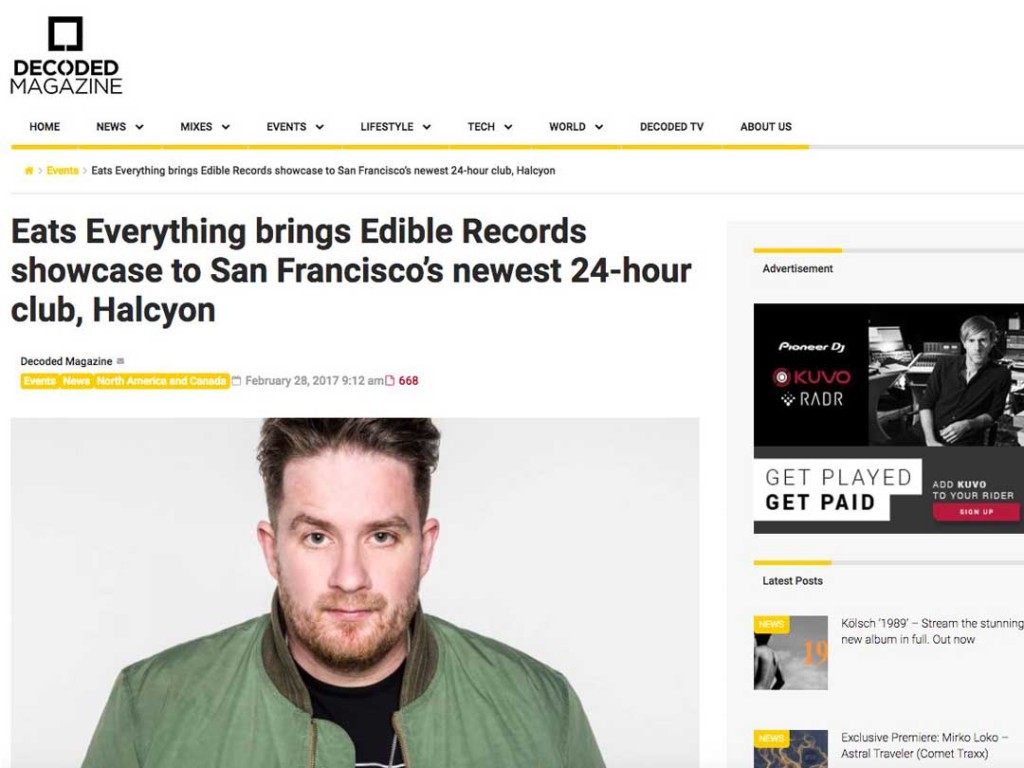 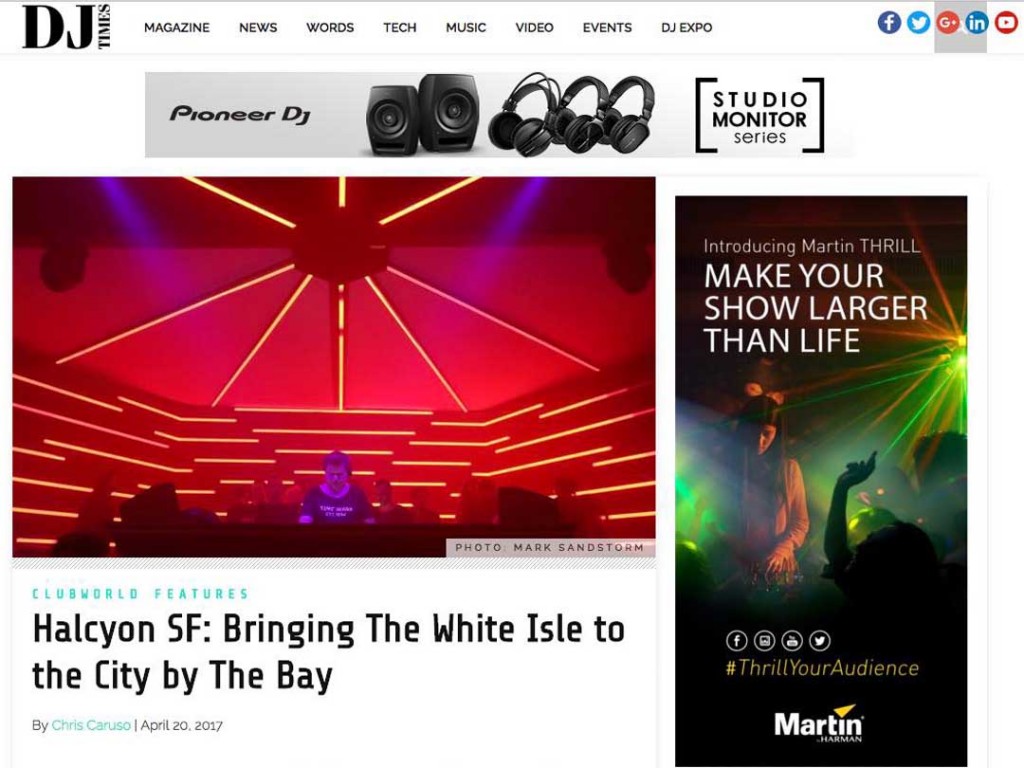 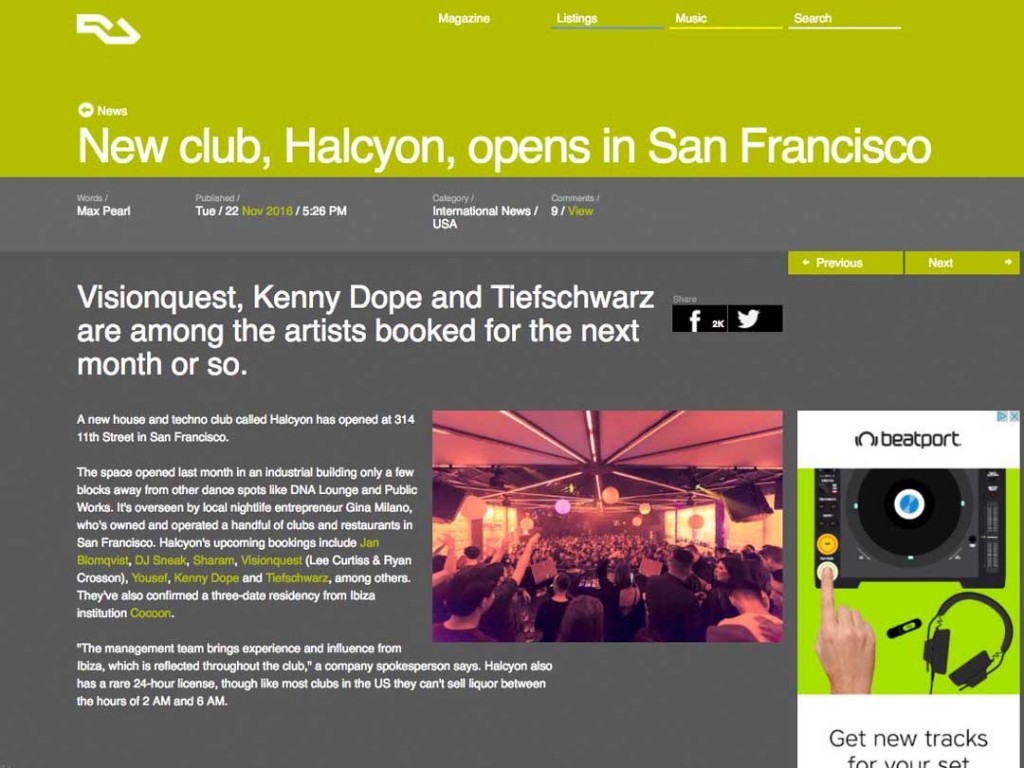 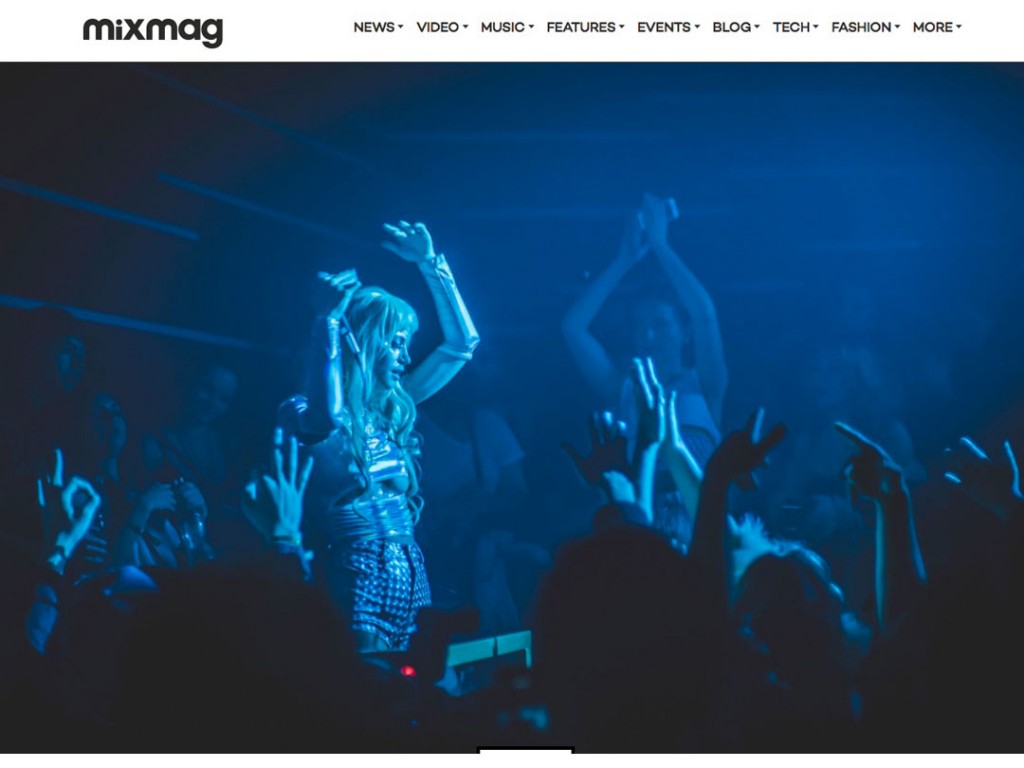