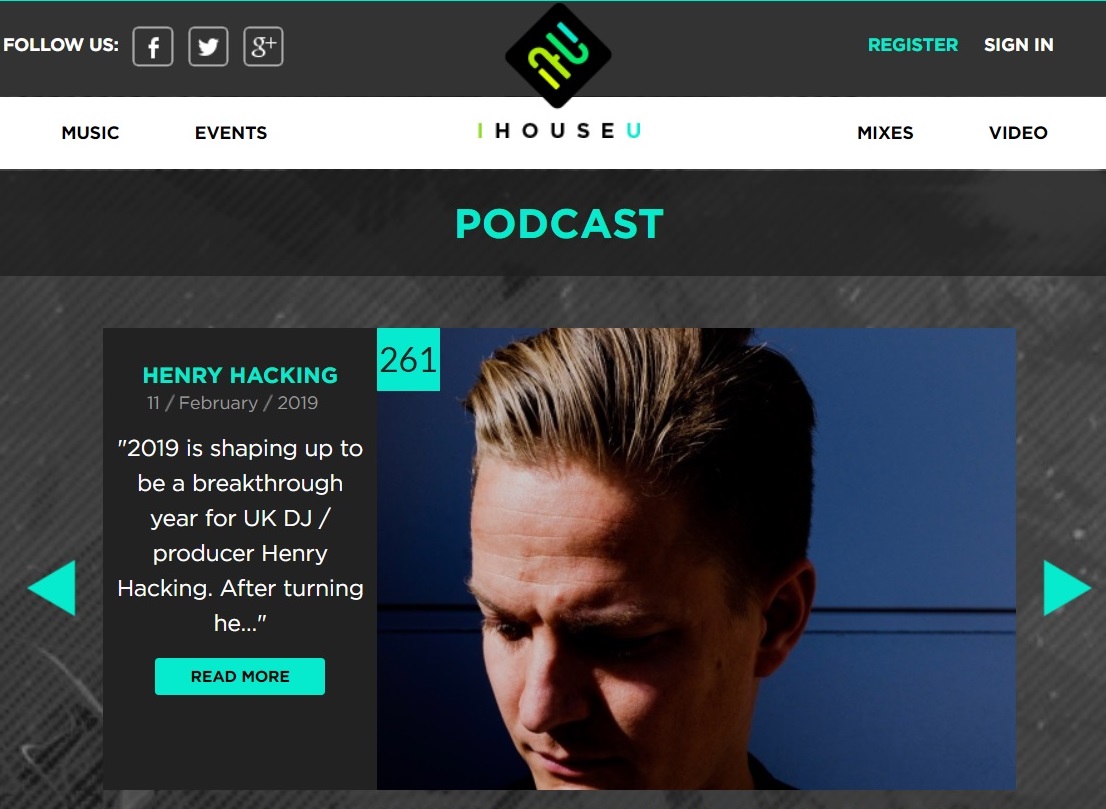 Breakout UK house artist Henry Hacking mixes up some quality house tunes in his podcast for IHOUSEU. Alongside an interview where Henry talks about his huge profile in Asia playing at some of the world’s best clubs, the podcast marks the release of his debut outing on Vicious Recordings with an anthemic rework of the classic ‘Nasty Girl’ with big vocals from Inaya Day.

Henry is a one to watch with a slew of releases coming out over 2019. Get to know his sounds in his IHOUSEU podcast.