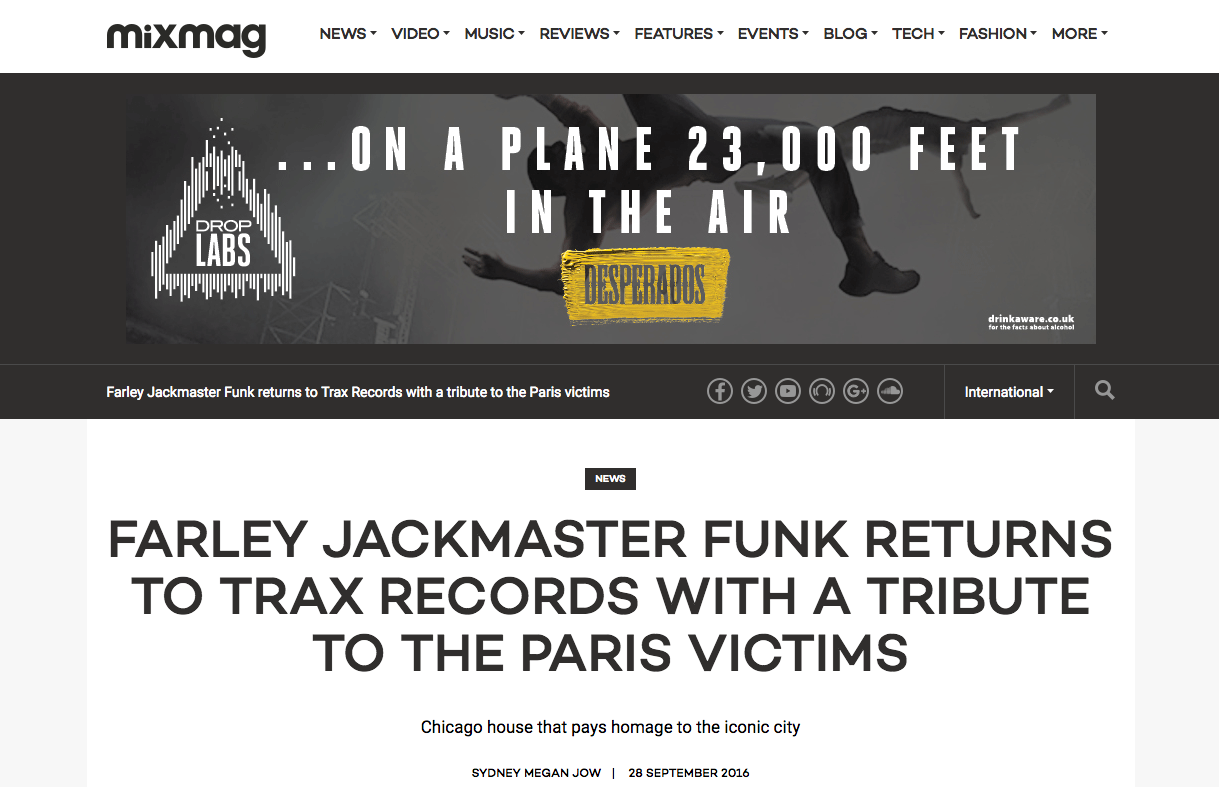 Mixmag have covered the release of ‘France We Send Our House To You’, the track produced by Farley Jackmaster Funk, featuring Byron Stingily, Screamin’ Rachael and the Chicago House Music Voices For Peace. The track is aims to raise money to help the victims of the French terror attacks and marks the return of Farley to the legendary TRAX Records. 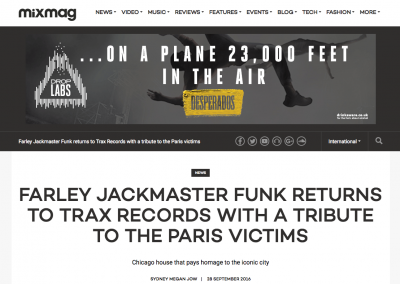 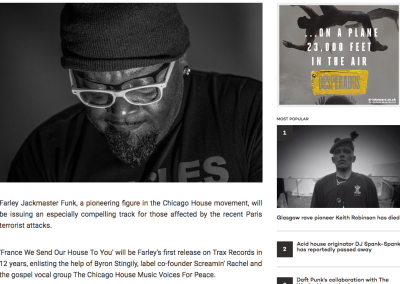 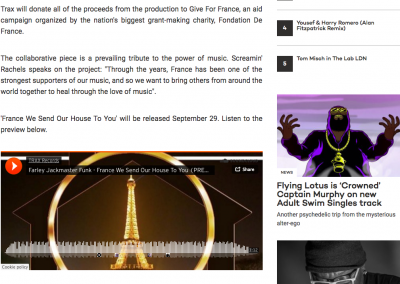