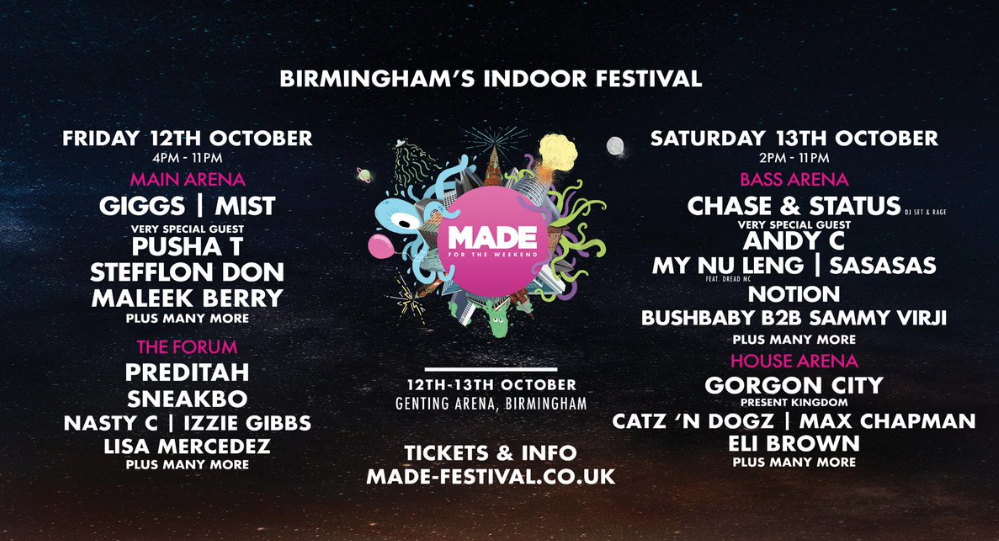 MSN Reveal MADE Festival are Launching MADE For The Weekend

After a sell out edition of MADE Festival, the team behind the event are now expanding.

MADE have joined forces with AEG to create MADE For The Weekend.

Says MSN news in the piece, “Celebrating five years of the popular Brummie dance festival, which started out under the arches in Digbeth, MADE for the Weekend boasts a stellar line up including Giggs and Chase & Status – with more acts to be announced.”

It will be held at Genting Arena on Friday 12th and Saturday 13th October.

Read the full article below or online here.